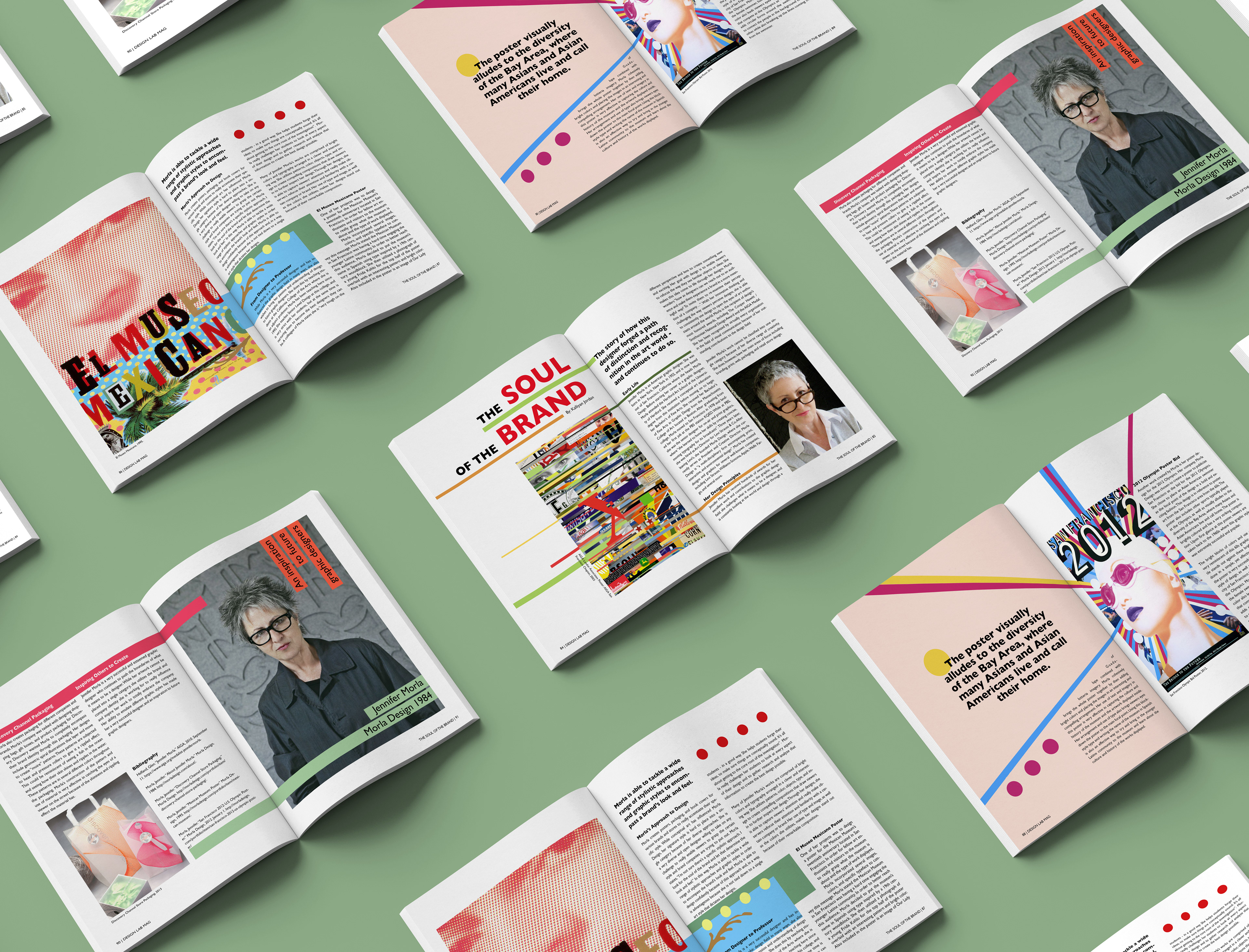 A layout of all the magazine spreads, with the first page placed in the middle. 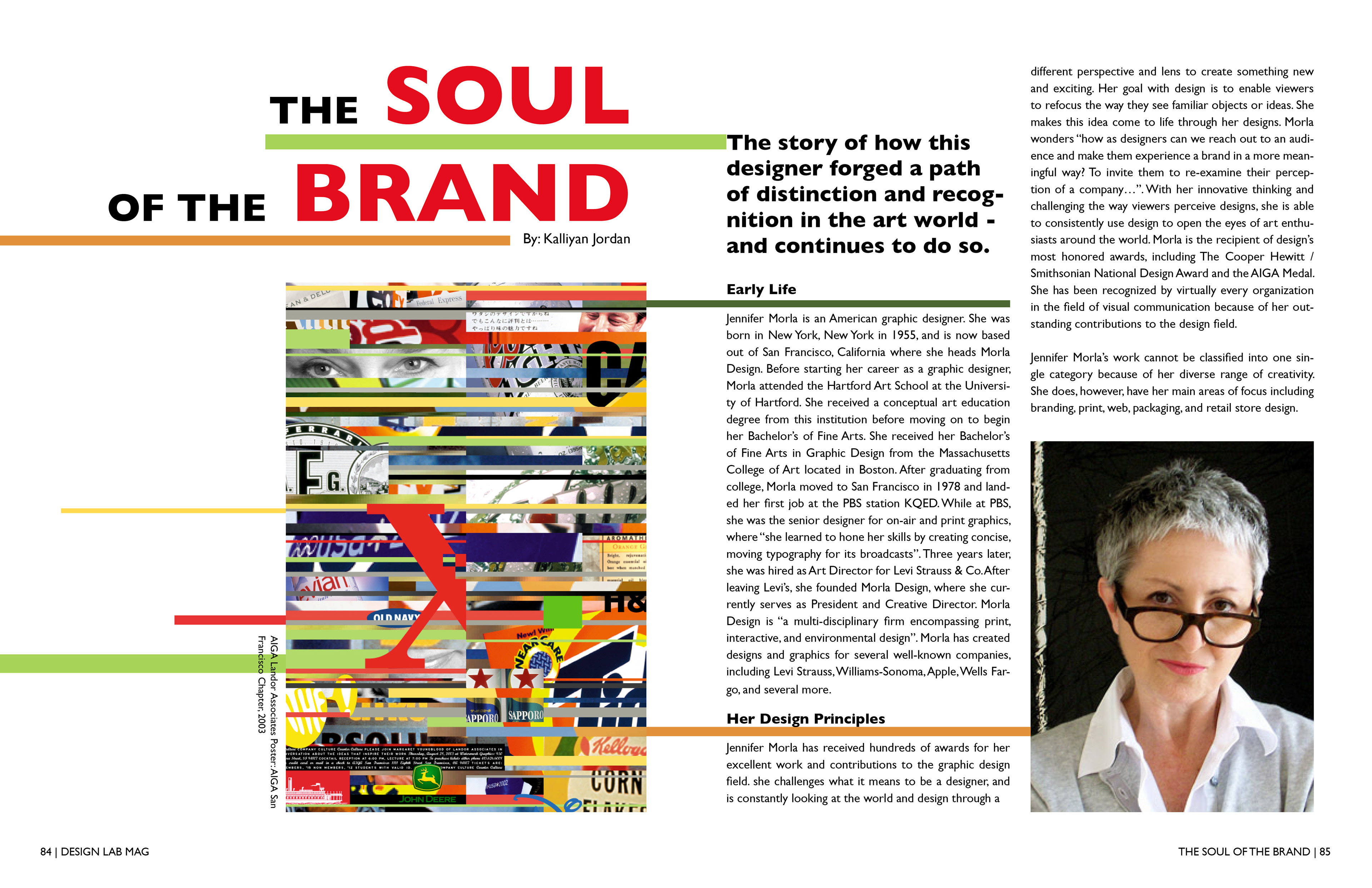 The first spread of the magazine featuring an image of the designer. 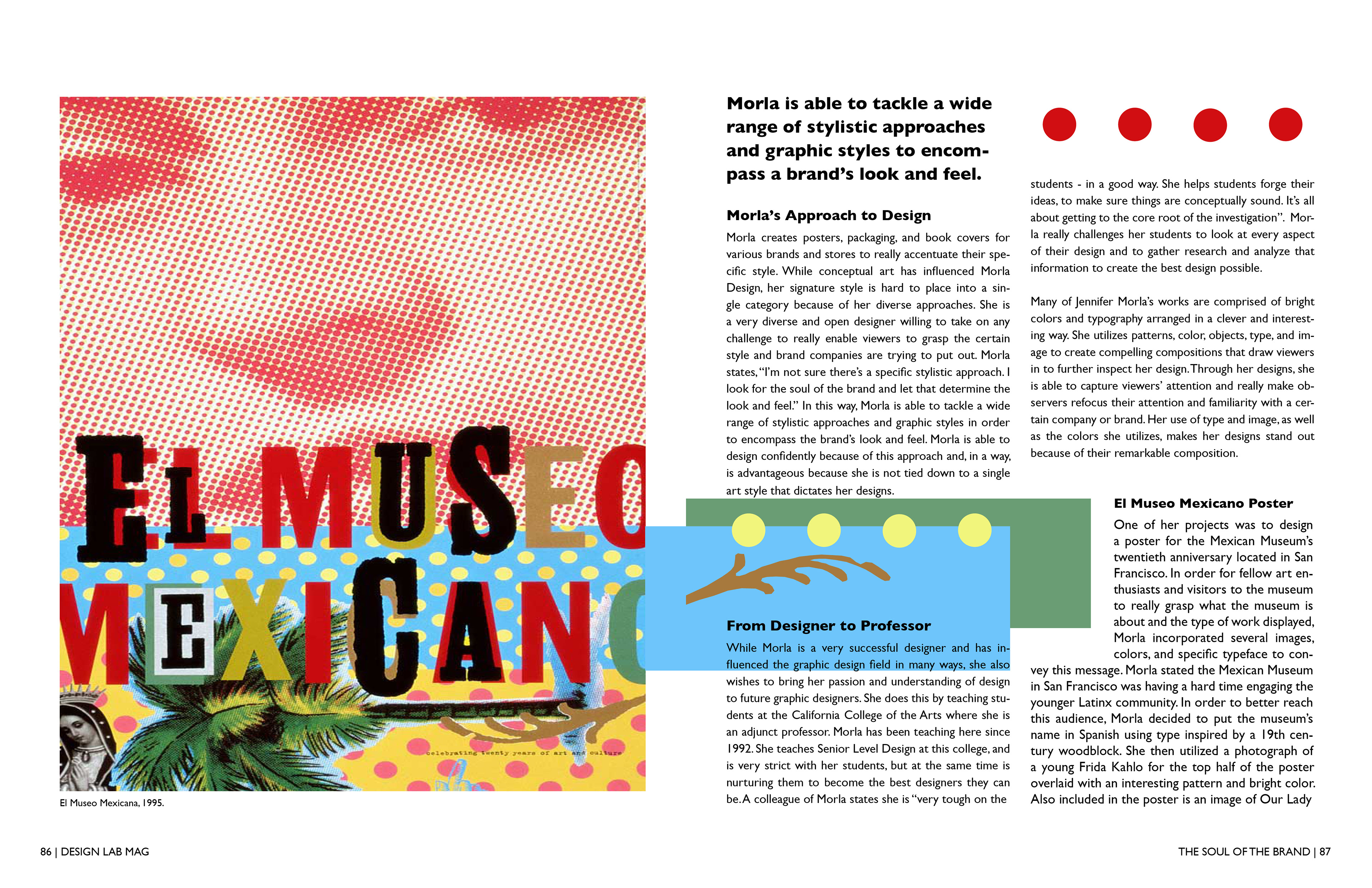 The second spread emphasizing Morla's work for the Mexican Museum. 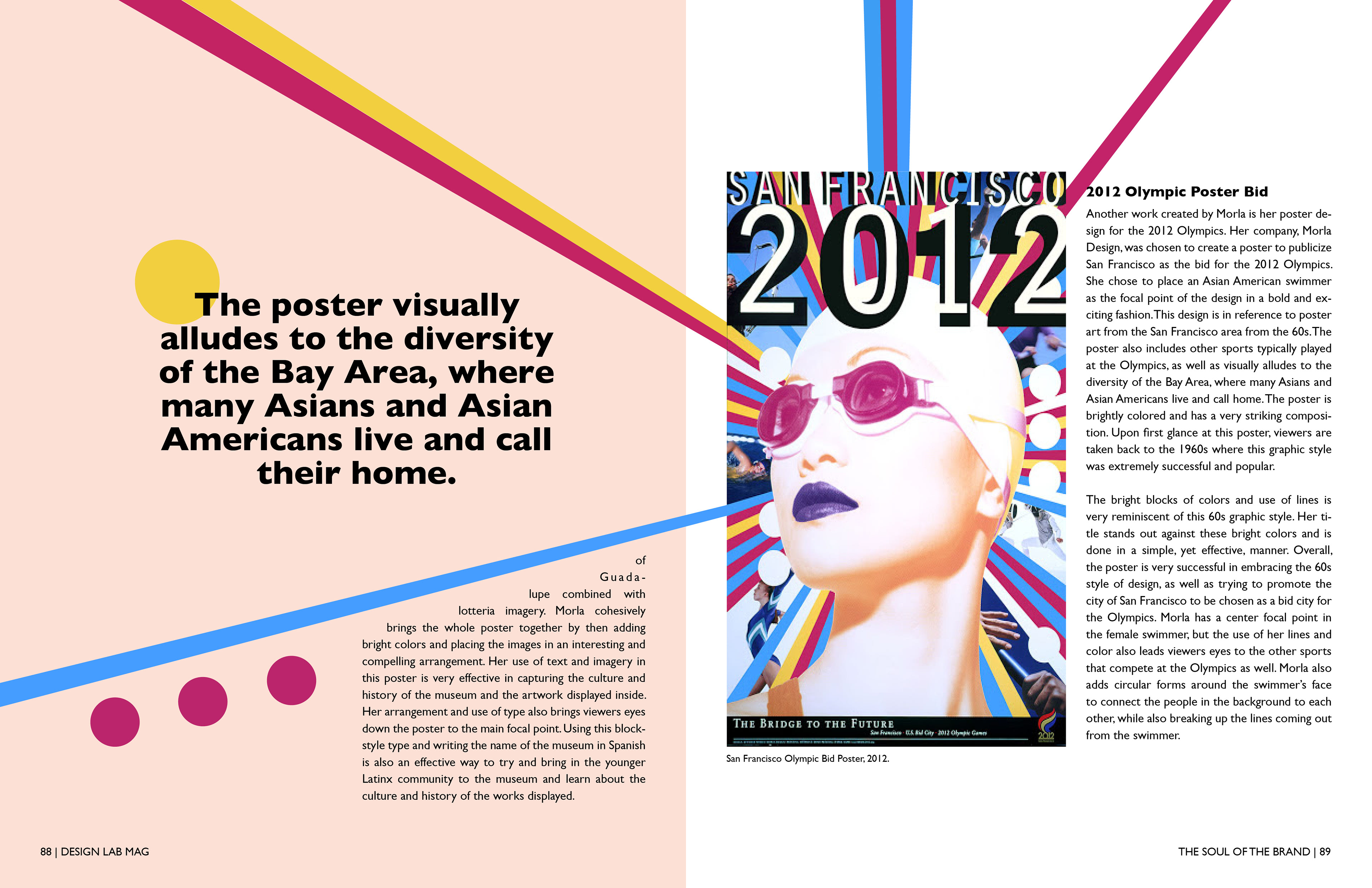 The third spread describing the contribution Morla made to the 2012 Olympics advertising in the Bay Area. 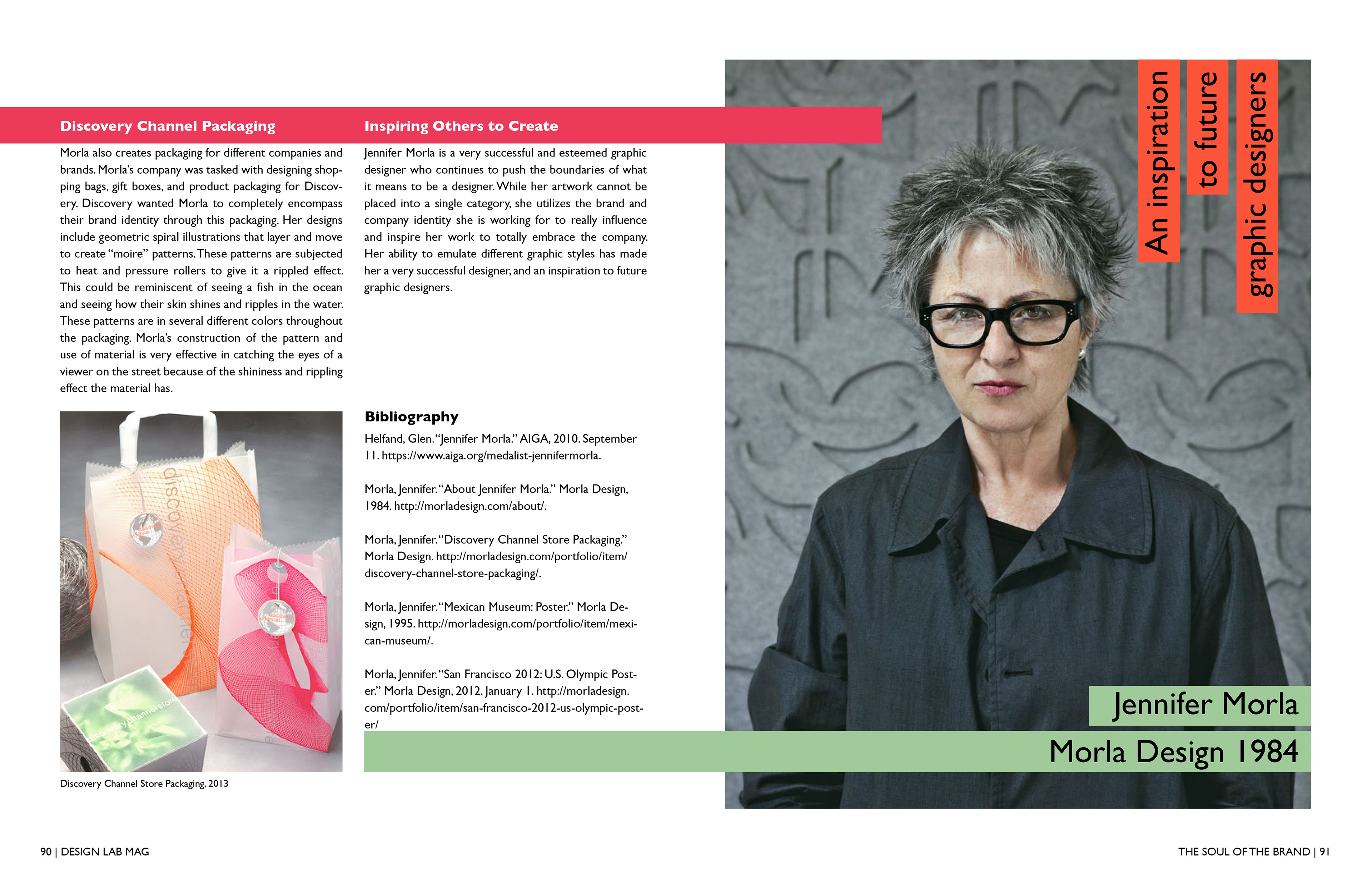 The final spread featuring packaging she's made for Discovery, as well as a bigger image of the esteemed designer.